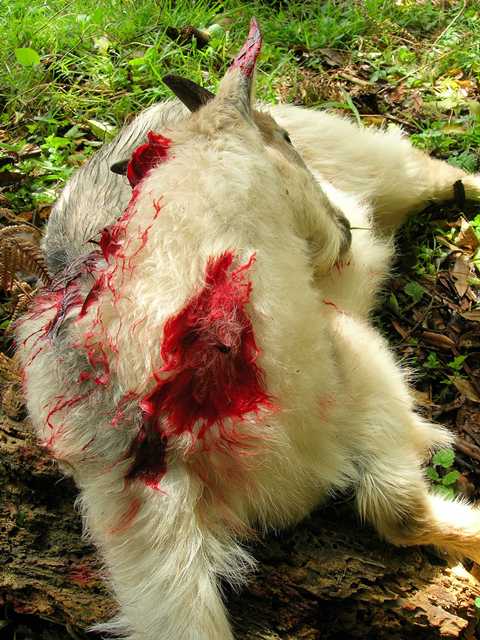 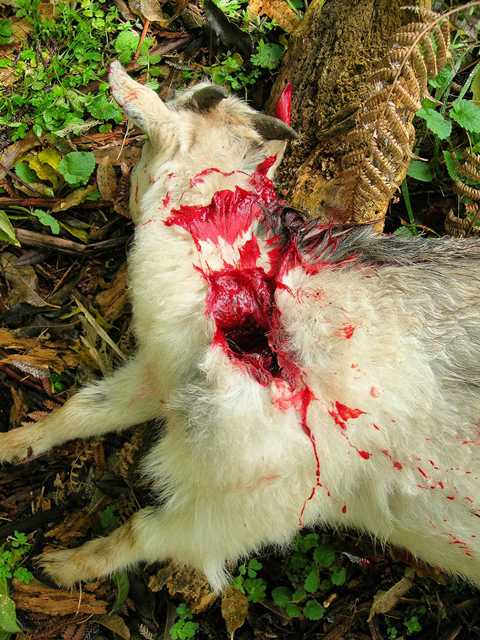 Please find attached two photographs from a 25-30kg goat that was shot with
the Winchester 55gr Soft Point out of a Savage Stevens cal.223. Shot
placement was from the front in the throat with a slight angle to the goats
left. Goat was looking to her right site. Distance was about 40m and animal
went down like a stone.

Second pic shows the exit wound which is just above the shoulder bone. On
the way it had scratched the spine.

Another goat I shot - same weight, same distance - got it directly in the
throat and bullet stopped at the spine. Damaged the bone a fair bit but
never managed to exit. Unbelievable that a .223 from 40m hasn't enough grunt
to produce an exit wound on such a small animal with light bones when one
of those gets hit.  So true.

Below is the animal exit side on.  Despite all the damage this animal managed to run 150m before finally succumbing to the shot.


.223 64 grain Winchester Soft Point factory Ammunition.
Below are photos of a red spiker taken with the .223 64 grain Winchester Soft Point (factory).
The range was 133m (ranged downhill and corrected from 146m) and taken with a factory Winchester 64g soft point.
photo 1 is the entry point on inside of skin.
Photo 2 is entry point on the neck  (skin removed)
photo 3 is the internal neck (pulped)
photo 4 bits of bone from internal neck.